As men were pioneering ways to explore and live in outer space in the 1960s, another groundbreaking initiative was taking place closer to home, in an equally hostile environment: the ocean. Parallel efforts by the U.S. Navy, the French commercial diving firm COMEX and diving legend Jacques Cousteau were developing a way for man to live on the ocean floor by breathing a gas mixture made up of a majority of inert helium combined with oxygen. “Saturation diving”, as the new method was called, greatly increased possibilities for living underwater by removing the need to frequently come to the surface to decompress.

Cousteau’s Conshelf habitats, COMEX’s deep diving bells and the Navy’s SEALAB program had brave volunteers living on the sea floor for up to a month at a time. Aside from the obvious physical stresses this involved, another problem was discovered: the crystals of their watches were blowing off upon decompression at the end of their time on the seabed. A new dive watch was needed, and Rolex responded with the now-legendary Sea Dweller. 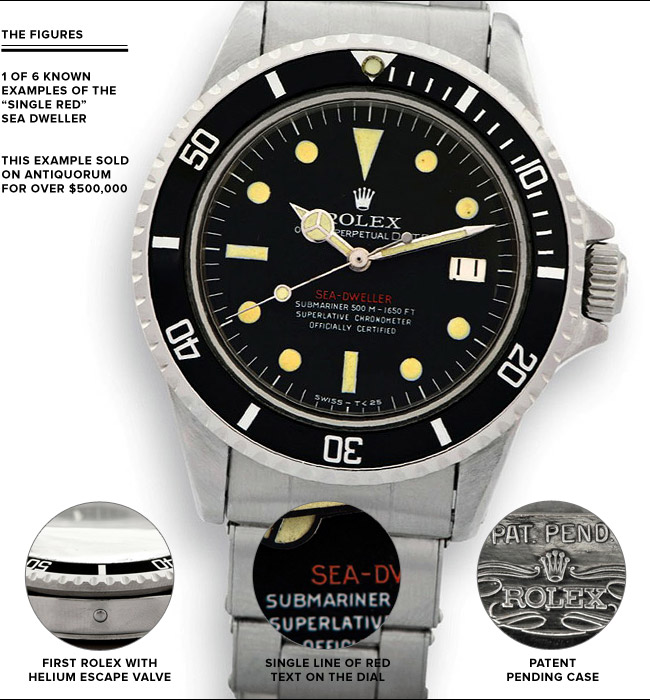 Helium atoms are small — so small that they can penetrate even a tightly sealed dive watch used inside a helium-saturated underwater habitat. Under the pressure exerted by the deep ocean, this has no consequence. But during the decompression phase, as the diver is slowly brought back to surface pressure at the end of a job welding oil pipeline or conducting experiments, the helium inside the watch expands and builds up pressure. With nowhere to escape, the quickest exit tends to be the watch crystal, which pops off with dramatic effect and renders the watch useless. The answer to this unique puzzle seemed to be a simple one-way valve fitted in the watch case that could pop open when the inside pressure reached a certain point, releasing the helium inside. Some accounts attribute the original idea for this“gas escape valve” to COMEX, who worked closely with Rolex, while others give credit to U.S. Navy SEALAB diver Robert Barth, who approached a Rolex USA representative at a diving trade show. The truth is probably a little of both. Regardless of its exact origins, the result was the Rolex Sea Dweller.

The very first Rolex Sea Dweller, a prototype rated to 1,500 meters without a gas escape valve, was designed for use in the SEALAB project; at least some of the 20 prototypes built were issued to Navy divers. An example of this extremely rare model, known today as a “Single Red Sea Dweller” to collectors due to its one line of red text on the dial, sold at auction for half a million dollars in 2012. The first Rolex with the new gas escape valve was probably a reference 5513 Submariner retrofitted for COMEX. But it wasn’t until 1967 when the extreme depth rating and the first-of-its kind release valve came together in the reference 1665 Sea Dweller, the first commercially available model.

The reference 1665 Rolex Oyster Perpetual Sea-Dweller Submariner 2000, as it was known, sported an impressive 2,000-foot (610m) depth rating. This was made possible by a case and crystal that were slightly thicker than those on a Submariner — a watch that could “only” withstand a depth of 200 meters. The “Sea Dweller” and “Submariner 2000” lines of text were both printed in red on the earliest models, leading collectors to nickname it the “Double Red Sea Dweller”. Later, the standard became white text; that deviation may seem small, but the Double Red, or DRSD, is worth twice as much as the “Great White” Sea Dweller on today’s vintage market.

The last iteration of the Sea Dweller came about in 1978, when Rolex updated the watch with a sapphire crystal, upped its depth rating to 4,000 feet, and added a quickset date feature and a larger helium escape valve. This reference 16660 was first fitted with a matte dial and white gold marker surrounds. It later transitioned to the glossy dial found on all modern Rolexes, and took up the slightly tweaked “reference 16600″ name. Rolex sold the Sea Dweller until 2007, when it was discontinued to make way for the Sea Dweller DeepSea, a 3,900-meter water resistant leviathan that shares little in common with the past Sea Dwellers beyond its nomenclature.

The Sea Dweller was never as popular as the Submariner, probably due to its thicker and heavier case. Still, this relative obscurity is part of what has endeared it to collectors for years, and more than ever. This was a pure example of a purpose-built watch, and unlike anything the world had seen. There’s no contrived aura around the watch that brands so often try to imbue upon their timepieces today. Quite to the contrary. The Sea Dweller earned its bones the hard way, through trial and error in the hostile deep. 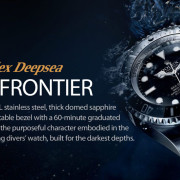 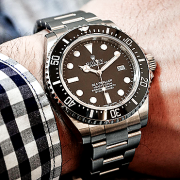 Return of the Rolex Sea-Dweller at Baselworld 2014 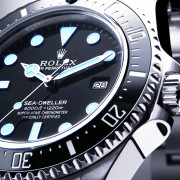 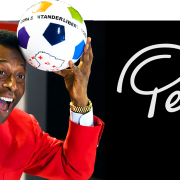 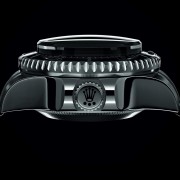 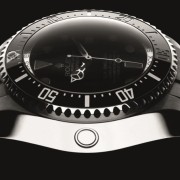